December 7th, 1941. The Japanese attack on the US naval base in Hawaii and the globalization of World War II 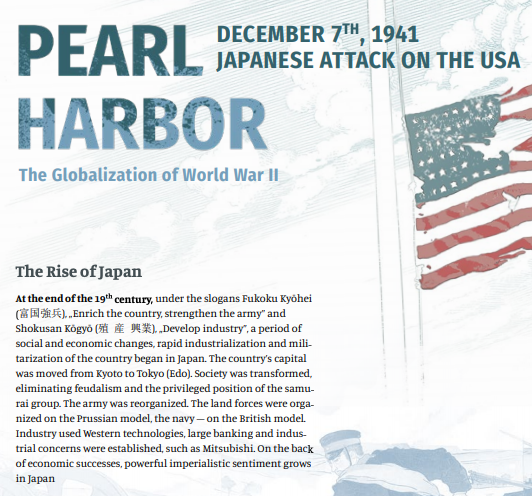 Doris Miller, Dorie Miller (born October 12, 1919 in Waco, died November 24, 1943) – American sailor. The first black man to be awarded the Naval Cross – the highest honor awarded by the United States Navy. In 2002, Molefi Kete Asante included him on his list of the 100 Most Honored African Americans.

During the attack on Pearl Harbor, it was directed to assist in the service of a 12.7 mm anti-aircraft rifle. He took control of it and opened fire on Japanese planes, despite the lack of training in using these weapons. He fired until he ran out of ammunition. During this time, at least two bombs and torpedoes hit the deck of the USS West Virginia. The battleship gradually began to sink to the bottom of the port. Miller and the surviving crew left the unit.