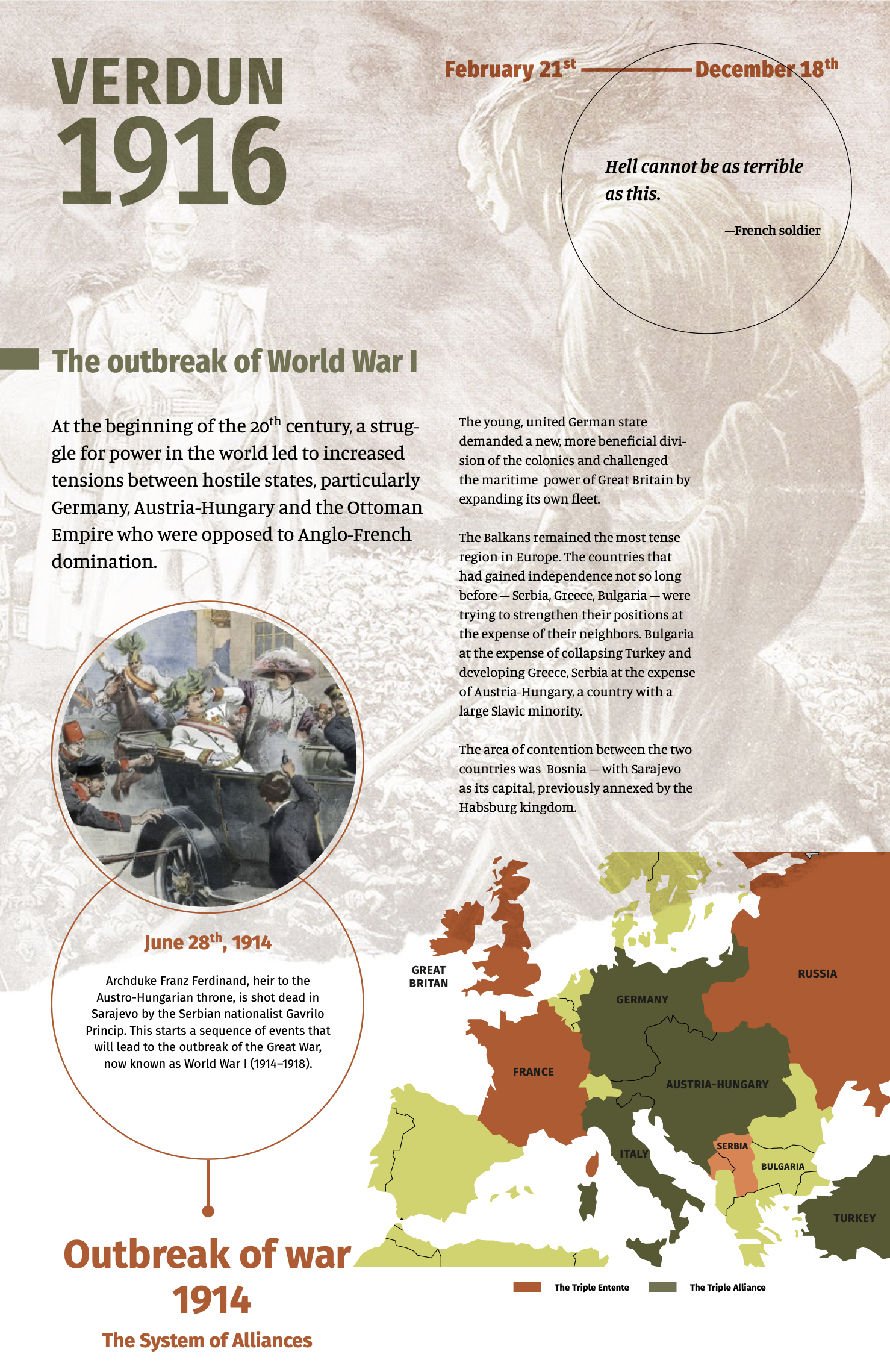 For the Germans, the Verdun fortress had been an obstacle in their march on the West for centuries. After the defeat of France in their war with Prussia in 1871, the city became a border fortress. In the summer of 1914, when the Battle of the Marne took place, Verdun resisted every German attack preventing its enemies from entering the heart of France from the east. The attack on Verdun forced the French army command to throw all human resources available into the defense of the city. Was the German Verdun offensive decisive to the course of the entire WWI? Find out and view our Verdun infographic.